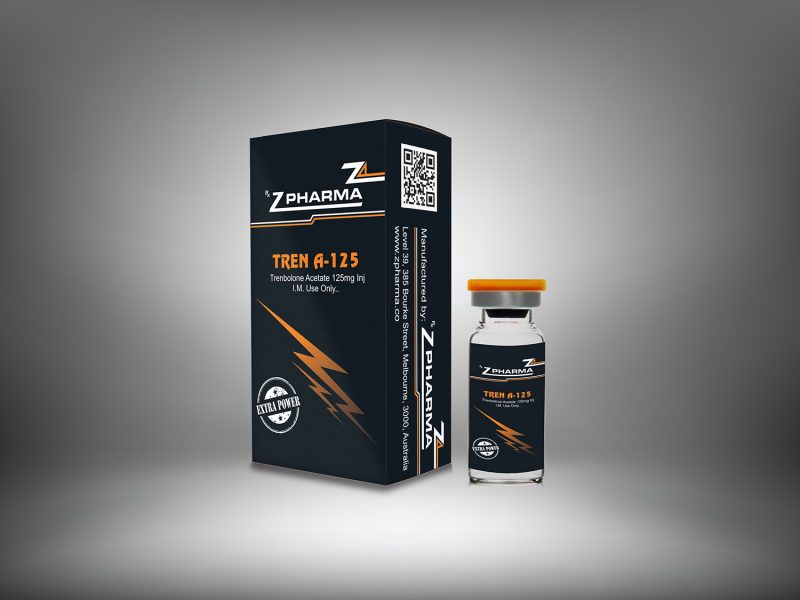 If you are looking for a powerful anabolic steroid, Trenbolone Acetate may be exactly what you need. It is the top ranking anabolic steroid that athletes use for enhancing their performance. It is quite versatile, and it can be stacked with many other steroids. Understanding the value it can deliver as well as the potential side effects can help you to decide if it is one for you to try.

Enquiry about Tren A-125

Trenbolone Acetate is actually classified as a veterinarian grade of anabolic androgenic steroid. It was introduced in the 1960s and sold under the name of Finajet. It was later introduced under the name of Parabolan in France. The use of Trenbolone Acetate in the medical realm for humans to benefit from was discontinued in 1997. Today, it is only offered through the underground labs on the black market.

Trenbolone Acetate is the most commonly purchased anabolic steroid in the injectable form. It can offer substantial benefits for athletes during a cutting cycle that just can’t be matched by any other compound offered. Even if you were to stack several anabolic steroids an use them in conjunction with each other, they would fall short of what Trenbolone Acetate offers on its own! It is that powerful! It is also considered one of the best options for off season bulking.

The use of Trenbolone Acetate allows the user to see a great deal of growth in their muscle mass. It is a cleaner option too compared to other types of steroids that promote bulking. It is also easier for athletes to maintain their muscle mass they have worked so hard to create. At the same time, it helps to keep the blood levels stable.

Trenbolone Acetate is a 19-nortestosterone anabolic androgenic steroid. It doesn’t have a carbon atom in the 19th position. It falls into the same category as Nandrolone Decanoate. However, Trenbolone Acetate has a double bond at the #9 and #11 carbons. This means it is going to metabolize slower and it is going to bind to the androgen receptor. This is important as it prevents it from aromatizing.

The ratings of Trenbolone Acetate are through the roof! It gets a 500 on both the androgenic and anabolic ratings. That isn’t a typing error either! When you compare this to testosterone which has a rating in both areas of 100, you can see the remarkable powerhouse it truly is!

Trenbolone Acetate offers a short ester and that helps to control when the compound is released into the body after it has been injected. The half-life of Trenbolone Acetate is about 48 hours. When a higher dose is taken, it can be up to 72 hours. This fast-acting steroid is a favorite of athletes for the benefits, but also because they can time when they use it. They will have it completely out of their system by the time they need to drug test for an event.

Trenbolone Acetate enhanced the synthesis of protein and helps the muscles to retain nitrogen. As a result, an athletes is able to get larger muscles in less time. They don’t develop without hard work including a strict diet and intense workout sessions though. The additional nitrogen gives a significant boost that the diet and workout alone can’t match. It makes sense to do what you can to fully maximize all of the efforts you are putting into it.

Trenbolone Acetate also helps to speed up the recovery of the muscle groups after a workout. This is important as that is when the muscles grow, not during the actual workout sessions. This is why you should never work the same muscle group two days in a row. Trenbolone Acetate also increases the amount of IGF-1. There aren’t’ many that can offer the same value as this compound can.

The additional boost in the number of red blood cells is also a benefit from all anabolic steroids, including Trenbolone Acetate. At the same time, it will reduce the amount of Glucocorticoid hormones in the body. During an off season, Trenbolone Acetate, is going to offer benefits when it comes to reducing body fat.

Without a doubt, the spotlight is on Trenbolone Acetate and what it offers because it is extraordinary! It is valuable both for bulking and cutting cycles. However, it seems to offer the most value during the cutting cycle. None of the anabolic steroids out there can compare to it duiring a cutting cycle. It works hard to help maintain the lean muscle mass. During a cutting cycle, the calories are reduced. The body naturally will use muscle to help supply fuel due to that deficit. With the use of Trenbolone Acetate, it promotes the use of body fat instead of the muscle.

The combination of burning fat and protecting the lean muscle tissue is just too good for many athletes to pass up. However, the benefits of Trenbolone Acetate extend further than that. It can also be a great way to get more definition and hardness for those muscles. There isn’t any other anabolic steroid that is going to give you this dramatic benefit like Trenbolone Acetate does! Most bodybuilders will tell you it is essential to them prepping for a contest.

However, that doesn’t diminish the benefits it offers during an off season either. It can do wonders for bulking, with plenty of visual gains in a short amount of time. It is very versatile and that is part of why it is used all the time by athletes around the world. There aren’t many other anabolic steroids out there that can match the benefits of Trenbolone Acetate. It makes sense to go for the gold so to speak and use the very best possible product.

The use of Trenbolone Acetate can help to increase overall strength for the user as well as endurance. It isn’t uncommon for athletes to continue to push themselves further and to engage in more intense workouts than they used to. Being able to push further and to get better results is encouraging. There is some stiff competition out there so they have to use that as motivation to continue moving forward too.

It is important to understand the benefits from Trenbolone Acetate but also the possible side effects. This can help a user to take caution and to decide the best plan of action for themselves should they decide to incorporate it into their plan. The majority of the side effects that can be experienced are the result of a genetic element or due to an extremely high dose of this compound.  Pay attention to the use guidelines and pay attention to how your body responds to Trenbolone Acetate.

Be the first to review “Tren A-125” Cancel reply